Apologies to those fellow evidence-based investors who consider this heretical, but I’ve never considered market-cap weighting the best way to build an index.

Cap weighting — in other words, weighting stocks or bonds according to the size of their market capitalisation — is the default method of indexation. And, don’t get me wrong, I love the simplicity of it. I particular like the fact that it means low turnover and therefore lower cost. If you invest 100% of your savings in a broadly diversified portfolio of cap-weighted index funds you will — not might, you will — enjoy considerably better end-results than the average active investor over the long term.

But cap weighting has its disadvantages, and evidence abounds that there are more efficient ways to construct an index fund. The simplest alternative is the equal-weighted index, in which securities are assigned the same weighting, regardless of their market size.

There are however all sorts of ways of designing an index fund, many of which have been shown to outperform cap weighting. Heck, there’s even research which demonstrates that an index based on Scrabble scores does better.

Now, new research by Henley Business School shows the benefits of alternative methods of indexing. The findings are contained in a paper called Fundamental Indexing in the UK, by Mirco Balatti, Chris Brooks and Konstantina Kappou.

The researchers developed two indices, one based on income statements and the other on dividends. The indices outperformed the FTSE 100 by an astonishing 3% on an annual basis over the last 25 years, while delivering similar or lower volatility.

Most TEBI readers will know there are several factors which have been shown to deliver higher returns over long periods — principally market beta, value, size and momentum. Many of these so-called fundamental indices outperform cap weighting simply because they provide greater exposure to one or more of those factors.

But the Henley researchers found that the outperformance delivered by their indices based on income statements and dividends could not be explained by factor tilts alone. Put another way, at least some of the outperformance was down to the way those indices were constructed.

In does seem to me that studies such as this are onto something really quite significant. There is plenty of noise now around so-called smart beta. Indeed so much money has been poured into value and small-cap funds, for example, that there are even fears of a bubble. Whether or not the fashion for smart beta has caused, or will cause, a significant rise in prices, resulting in sharp falls in the future, I would rather leave it to those with more specialist knowledge of this subject than I have to say.

But I do think the emphasis on smart beta and on risk premiums has diverted attention from a very important discussion we ought to be having about alternative weighting strategies.

Eventually, as more is learned about optimal indexation, my guess is that the gap between active and passive returns will grow even bigger. In the meantime, yes, choose cap-weighted funds over active funds every time. But don’t ignore the benefits of fundamental indexing as part of a wider strategy. Evidence-based investing is evolving in very exciting ways.

The Scrabble index — and why it spells trouble for active managers

The opportunity cost of choosing a “best buy” fund

By ROBIN POWELL   There’s been good news and bad news for the UK’s largest investment platform...

LOOK AT IT THIS WAY   The coronavirus crisis has caused people significant concern. They’re worried not... 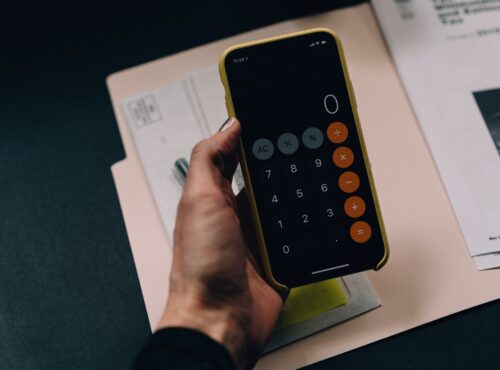 The one number that really matters

By NICK MAGGIULLI   What is the most important number in personal finance? I used to think...