You know you’re getting on in years when even Oxford professors are considerably younger than you are. The particular professor I’m thinking of is the financial economist Ludovic Phalippou. I expect we’ll be hearing plenty more about him in the years to come.

Prof Phalippou contacted me a few months ago to compliment me on the blog and invite me to come and speak to his MBA students. He was, at the time, finishing a book called Private Equity Laid Bare, which lifts the lid on the lack of transparency over fees and the reporting of fund performance.

Now he’s written a hard-hitting comment piece in the Financial Times, entitled Enough of robbing pensioners: time to change the system. In it he addresses the issue of one-sided compensation in asset management — the “heads we win, tails you lose” approach to fees and charges.

Here’s a flavour of what he says:

“With one-sided compensation, each year money leaves the pocket of pension funds (and that of other asset owners) to fill the pockets of whoever was on the right side of the market.

“After a number of years, by design, there is no money left in pension funds and all the cash will have flown into some alternative fund manager pockets. The speed at which this occurs is primarily a function of fund manager return volatility (rather than the level of fees): with high volatility, the “money drain” occurs more quickly.

“If active management is called a losers’ game then what should this sure-draining be called?”

Worryingly, Prof Phalippou likens the resentment building up as a result of this state of affairs to the bitterness and frustration that led to victory for the Leave campaign in the Brexit referendum and the election of Donald Trump.

“Fixing compensation is an emergency,” he warns. “A society cannot operate when most of its members are resentful. Resentful voters will back any lunatic promising to “drain the swamp” or paint false figures on the side of a bus.”

It might seem an alarming assessment to some, but I happen to think it’s pretty accurate. I have certainly no doubt that the rise of anti-establishment populism we’re seeing in the West has its roots in the global financial crisis, the failure to bring those responsible to justice, and the fact that so many big financial service providers continue to treat consumers with contempt.

A case in point is yesterday’s announcement by the UK regulator, the Financial Conduct Authority, that it won’t be taking action against RBS — which had to be bailed out by the taxpayer during the crisis — for its appalling treatment of small businesses.

Where I disagree slightly with Prof Phalippou is on the extent to which ordinary investors are actually aware that the asset management industry is taking more value out of the pensions system than it’s putting in.

The failure of all but a tiny number of active managers to outperform the market is well known about in the US; here in the UK, it’s only the likes of Gina and Alan Miller, Chris Sier, my colleagues at the Transparency Task Force, Paul Lewis at the BBC, and perhaps three or four national newspaper journalists, who have told this story consistently.

The vast majority of investors, whether they have personal pensions or they’re paying into a company scheme, remain blissfully ignorant. That said, awareness is growing that all is not right.

Is it really sustainable that a hedge fund manager like James Simons was paid $4,657,534 per day in 2017, when all three of his funds comfortably underperformed the S&P 500? Just think about that. That’s equivalent to  £3,531,528, or almost €4 million, every single day — including weekends and holidays.

Ludovic Phalippou is right: people have a point in seeing this sort of compensation as legalised robbery. Fixing the problem has become a matter urgency. 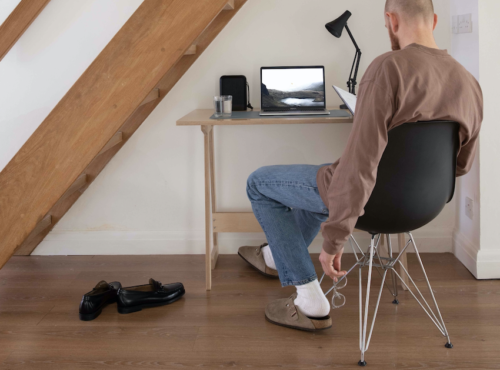