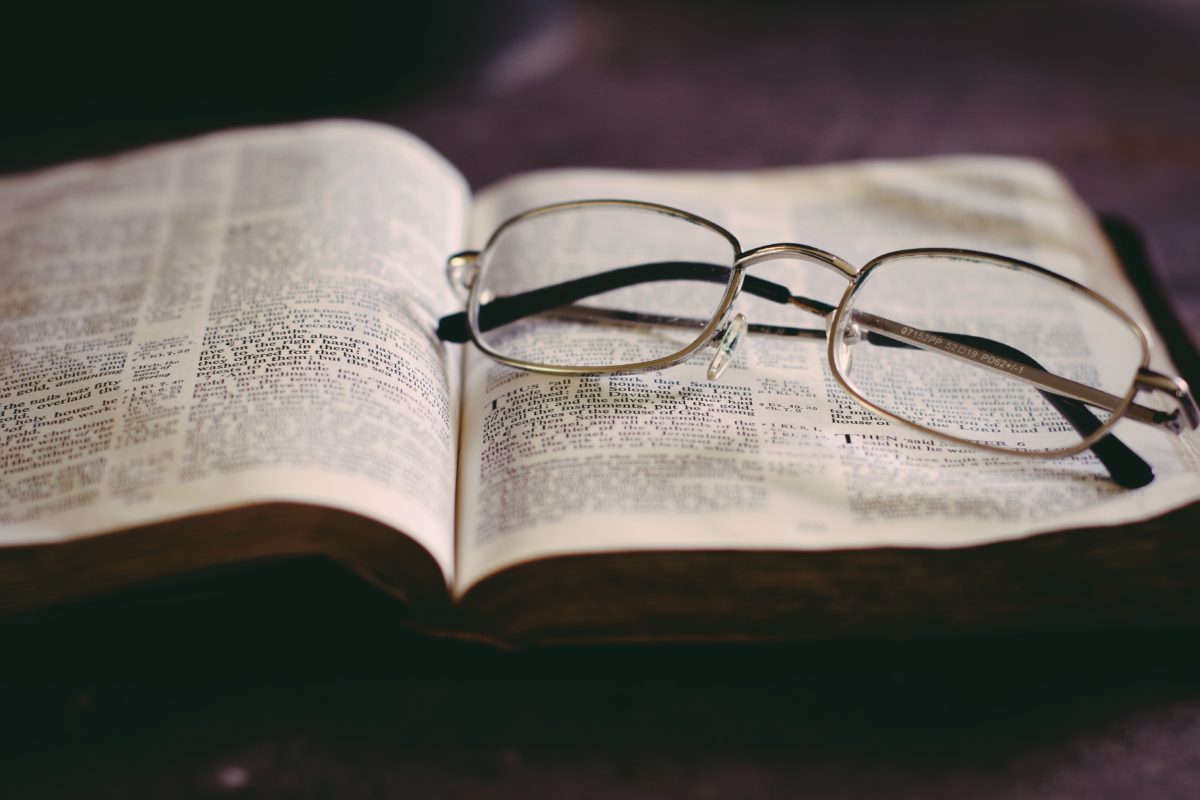 In a nutshell, prior to the work that Professor Markowitz did in the 1950s in developing Modern Portfolio Theory, the emphasis was on individual securities and the returns they were expected to deliver. Markowitz focused instead on the correlation between securities and their likely impact on the performance of portfolios as a whole. Diversification, he argued, plays a crucial part in helping to manage the risk that investors take.

The wisdom of not putting all your eggs in one basket is now so universally accepted — and not just in the realm of investing — that I’ve often wondered, why did it take so long for the asset management industry to acknowledge it?

In fact it’s a question I put to Markowitz when I interviewed him in the summer. This was his response:

“Well, the Bible knew about (diversification)! Shakespeare knew about it too. In The Merchant of Venice, Antonio is asked, why are you so glum? Is your business going badly? And he replies, “Believe me, no. I thank my fortune for it — My ventures are not in one bottom trusted, Nor to one place, nor is my whole estate, Upon the fortune of this present year.’”

Indeed, there it is, in Act 1 Scene 1. As for the Biblical reference, I’m guessing Markowitz was referring to Ecclesiastes 11:2, in which Solomon writes: “Divide your portion to seven, or even to eight, for you do not know what misfortune may occur on the earth.” He may also have had in mind this passage in the Talmud: “Let every man divide his money into three parts, and invest a third in land, a third in business and a third let him keep by him in reserve.” 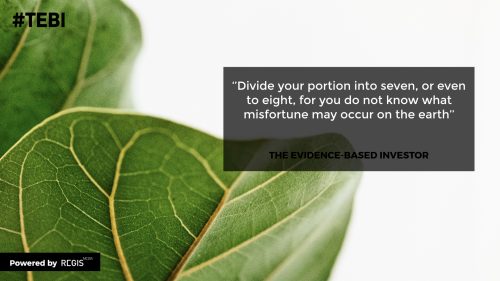 Anyhow, Harry Markowitz didn’t invent diversification. Its benefits have been understood for thousands of years.

I’m constantly surprised at the ambivalence of so many investors are towards diversification. Even if we know, deep down, that it’s by far the most logical route, we just can’t help ourselves in having a flutter. We’re easily swayed by narratives and opinions into betting on a particular region, sector or asset class. Bitcoin? Go on, we’ll have a bit of that as well.

The irony is that financial professionals — those who should know better than anyone how hard it is to predict, from one year to the next, who the winners and losers are going to be — are often incentivised to encourage the opposite, in other words greater concentration. Index funds are the ultimate diversifier, and yet, historically, consultants and advisers have earned more in fees and commissions by recommending active funds and strategies instead.

Diversification and the management of risk are the dominant themes of Part 4 of Regis Media’s new documentary for RockWealth, Investing: The Evidence. In it we explain the link between risk and return, how returns are the reward we receive for taking risk; how although risk doesn’t guarantee return, you can’t expect your money to grow unless you’re prepared to accept the possibility that you might actually lose money.

One of the contributors to Part 4 is the investment author Lars Kroijer. On the subject of diversification he says this:

So, unless we’re prepared to lose that much, we should resist the temptation to bet big on a single country or asset class. No, it really shouldn’t take the wisdom of Solomon — or a Nobel Prize-winning academic — to make us realise that.

In the fourth video in this series, Robin Powell explores the relationship between risk and return. Although taking a risk doesn't guarantee a return, you can't expect your money to grow unless you accept the possibility of losing some of it

Still not seen the first three parts of Investing: The Evidence? Here they are:

Harry Markowitz: Why I’m writing a new book at 90

There’s no getting away from the fact that, whatever investment strategy you choose, it’s bound to involve at least a degree of risk.

People are general much happier talking about returns, but it’s essential, before you  make any investment decision to, that you fully understand any risk you might be taking.

Risk and return are, in fact, directly related to each other. The returns you receive are a reward for the risk you take. No, that doesn’t mean that taking risk guarantees a positive return — otherwise it wouldn’t be a risk at all — but you can’t expect your money to grow unless you’re prepared to accept the possibility that you might lose money, at least in the short term.

Financial adviser and author Mark Hebner says: “This relationship between risk and return has to do with the uncertainty of the return and the price that a willing buyer is willing to pay, based on that uncertainty. So let’s assume that I have an investment that we would expect to earn 10% a year, and you want to buy that from me. One of the first things you want to know is, how certain is that 10%? And the more risk and uncertainty associated with that 10%, the lower the price that you would be willing to pay for that investment.”

In fact there are several different types of risk involved in investing — not the least of which is that you don’t take enough risk.

Personal finance writer Jason Butler says: “The main risk for most people is the failure to achieve their desired lifestyle and other important goals. That’s the Number One risk that you need to be thinking of, and everything has to be judged in relation to that. If you can achieve all your goals by leaving all your money in cash, under cautious assumptions, then why bother investing? But most people, in the real world, haven’t got over-funded pensions, haven’t got more cash than they need, haven’t got quite enough, or don’t want to save enough, or don’t want to continue working until they’re 100.

“But there are other risks as well. There are risks that you’ve got your money invested in something, in a bank account or in investments, and there’s a fraud, and someone runs off with your money, or there’s a failure of a financial institution — that’s called counter-party risk.

“And the other risk, of course, is that you have illiquid funds but you need to spend them, you can’t get your hands on them, in which case that will force you to borrow money and pay someone a premium for doing so.”

One of the biggest risks investors face is market risk — in other words, the risk that the market will fall heavily and that you need to access your money before it recovers. But market volatility is part and parcel of investing in the stock market. Assuming your time horizon is long enough, you shouldn’t really see it as risk at all.

Another common type of risk of being too concentrated. Even in a bull market the price of an individual stock can fall sharply. And when the wider economy is thriving, a company or even a country can still default on a bond. You can avoid concentration risk by having a diversified portfolio.

Avoiding concentration risk is not the only benefit of diversification. Staying diversified will create a smoother ride towards your goals.

Picture three jagged lines, representing three different kinds of asset. If you were told just one of those assets n your portfolio, you could expect a bumpy ride. But if you bundle the three together, the ups and downs are much less pronounced.

One reason for this is that when one type of asset zigs, another often zags. Equities and bonds, for example, are broadly speaking, negatively correlated.

Ultimately, risk is a very personal matter. A portfolio that seems cautious to one investor can be highly risky to another. No one should take on more risk than they need to take, can afford to take or are comfortable taking. And whatever your own capacity for risk, you should ensure your portfolio is diversified.