Climb aboard a time machine and travel back to New Year’s Day 1964. You’ve got $200 to invest. OK, the first retail index fund is still a mere twinkle in young Jack Bogle’s eye, but say you could invest in a market cap-weighted index fund, that’s where you put the first $100.

With the remaining $100 you decide to have a bit of fun. As an avid fan of Scrabble, you choose to invest it in a quirky new index fund that’s weighted according to the Scrabble score of each stock’s ticker. (A ticker is the three- or four-letter code assigned to every stock. So, for example, AAPL (for Apple) scores 6 and XOM (Exxon Mobil) scores 12, so Exxon would have twice the weight of Apple.)

Half a century later, at the end of December 2014, your original $100 investment in the cap-weighted fund would have been worth $7,718. But the $100 in the Scrabble index would have grown to a whopping $14,108 — almost double the benchmark.

That’s one of the extraordinary findings of research conducted by a team from Cass Business School. The researchers also compared the performance of the cap-weighted index with eight alternative types of indexing, including equal weighting, i.e. assigning the same weighting to every stock in the index, and inverse volatility, which entails giving the stock with the least volatility the biggest weighting and the most volatile stock the smallest. Astonishingly, like the Scrabble index, all eight alternative indices outperformed the index based on market capitalisation.

Studies like this remind me why I love the evidence-based approach to investing. Evidence is never set in stone. New evidence is being produced all the time. True, it mostly confirms what we already know, but every now and again there comes a study which surprises even those of us who read this research all the time. The Cass study will no doubt prompt further studies, which may or may not produce similar findings. Either way, our understanding of how best to construct an investment portfolio continues to evolve.

On the face of it, these latest findings present a challenge to advocates of market-cap weighting, and particularly to Vanguard, its biggest champion. I too am a fan of cap weighting. It does, after all, represent the market consensus; it’s easy to understand; and, crucially, it entails the least turnover and the lowest cost. But no, it’s not perfect. There are infinite ways of designing an index, and each will have its own strengths and weaknesses.

For me, though, it’s active fund managers and those who earn a living from selling, recommending or marketing actively managed funds who should be most discomfited by this latest research. The evidence has consistently shown — and indeed a new study by Morningstar for the Daily Telegraph has just confirmed — that the odds of identifying an active manager who will consistently beat the index is around 100-1. And that’s based on market-cap weighting.

The chances, then, of an active manager, after costs, outperforming indices designed in other, arguably more efficient, ways are likely to be even smaller. The bottom line is that, whatever form it takes, indexing, or rules-based investing, is clearly superior to asset management based on human skill.

The Cass study does beg the question, Where does the additional performance delivered by these alternative indices come from? The researchers concluded that the principal reason the alternative indices delivered better outcomes was, simply, their bias toward small and value stocks — factors which have been shown to deliver higher returns, albeit with greater volatility, over the long term.

Of course, that doesn’t explain the success of the Scrabble index; at least, I’m not aware of any greater tendency among small or value stocks to have Xs or Zs in their name. That result, perhaps, is one to put down to random chance.

In any event, it’s becoming increasingly clear that the old-school active manager, paid a fortune to keep juggling his portfolio, has had his day. The future belongs to systematic indexing in its widest form. There’s already a wide range of low-cost, rules-based funds for you to choose from, and there’ll soon be many more, the vast majority of which will knock the spots off heavily marketed active funds. Scrabble anyone?

The Cass researchers have produced a series of four white papers based on their research. Although I wouldn’t normally recommend studies paid for by fund managers (this series is sponsored by Invesco PowerShares), all four papers are well worth reading:

By LARRY SWEDROE   The growth of exchange-traded funds (ETFs) has been significant since the first...

David Booth on 50 years of indexing

Several people have laid claim to inventing index funds, but John “Mac” McQuown has a stronger... 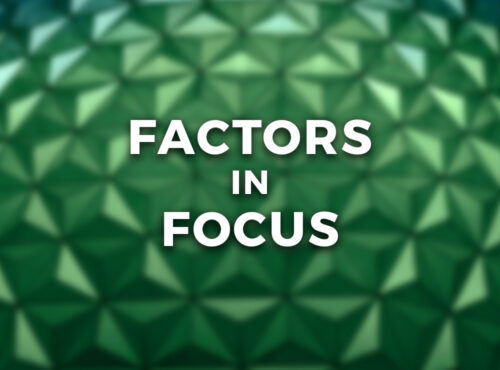 Most of the main risk factors — value and size, for example — are essentially bets...