It might sometimes seem that advocates of evidence-based investing like me take delight in the deluge of data undermining the rationale for using actively managed funds. Actually I don’t. I’m not opposed to active management in principle. I would even consider using an active fund myself if I really thought I could identify a manager who was going to outperform the market after costs for at least the next 15 years.

I was, then, interested to read that Citywire has just produced new figures which claim to show that UK active managers are “smashing” passive funds. Citywire’s data appears to contradict recent research from S&P Dow Jones Indices showing how most active UK equity funds have underperformed the index over the last ten years.

“The reality,” claims Citywire’s Head of Research Jonathan Miller, “is that active management in UK equities has been producing stellar performance for investors. In the UK All Companies sector, of those (managers) with a 10-year track record 68% outperform.”

How can this be? How can two organisations come up with data that appears to tell two completely different stories? Well, as Benjamin Disraeli, is once supposed to have said: “There are three kinds of lies: lies, damned lies, and statistics.”

First up, that figure of 68% may well be right. But more important than what it tells us is what it doesn’t tell us.

There are many reasons why S&P’s SPIVA scorecard is the most reliable indicator of active fund performance. One of the biggest is that SPIVA adjusts its data for survivorship bias. Simply to survive, say, a ten-year period, a fund needs to have performed well. The data provided by the industry and most commonly quoted in the media usually takes no account of funds that have performed so poorly that they have either closed down or merged with other funds.

But the effect of survivorship bias is huge, especially in the UK. Of all the active funds available to UK investors ten years ago, just 45% are still trading.

Citywire claims that its figures are adjusted for survivorship bias, but the very fact that they focus only on managers with at least a ten-year record means they’re not. It is very hard for a manager to receive a tenth year of track record if he or she had delivered material underperformance in their first nine years in the industry. They would either no longer work for that fund management company, or if they did, they would not be managing a fund.

Logically, you would expect the survivorship rate of individual fund managers to be similar to that of funds — in the case of the UK, then, around 45% over ten years.  Assuming Citywire’s figure of 68% is accurate, that would mean around 68% x 45% would have both survived and beaten the index. That comes to around 30% — a figure which is remarkably similar to the ten-year “survived and outperformed” rate in the latest SPIVA report, 32%.

The word to note, though, is “relatively”. The average active investor, even in those countries and sectors where active managers have bucked the trend, has still underperformed the average passive investor after costs.

Another important point is that we don’t invest for 12 or 24 months, five years or even ten. Most people save for retirement over 30 or 40 years or more, and the overwhelming evidence is that only a tiny fraction of actively managed funds outperform, net of costs, over any meaningful period of time.

I’m often hearing people say that active managers in the UK are an exception. It’s certainly true that UK managers have fared better recently than their counterparts in the US, for example, or in the Netherlands, where 100% of active managers have underperformed their benchmarks over five years (that’s right, every single one). But it’s very hard to make a credible case for using UK active managers, even as part of a broadly passive strategy.

To quote The Pensions Institute, which has conducted one of the most comprehensive studies of UK funds in recent years, the vast majority of UK fund managers are “genuinely unskilled”, and even those very few managers who do beat the market consistently “extract the whole of this superior performance for themselves via their fees, leaving nothing for investors”.

I’m as patriotic as the next person, and there are plenty of things that make the United Kingdom exceptional. Alas, our fund industry isn’t one of them.

SPIVA: What it is & what it tells us — an interview with Craig Lazzara (Part 1)

Which countries have the best (or least incompetent) fund managers? 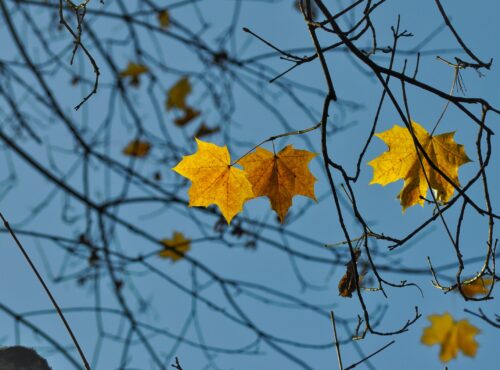 2020 and the danger of extrapolation

By CRAIG LAZZARA   The contrasts between the first ten months of 2020 and the month of November were vivid. Consider: At...

Practising what you preach

By NICK MAGGIULLI   There’s a bit of an issue I have noticed among personal finance experts....